How donor-advised funds can help charities during a recession

The giving paradox: Challenges during a downturn

But for nonprofits facing the grim reality of an economic downturn, higher levels of need and fewer donations can create a double whammy—not to mention that federal and local government support may also dry up during these hard times.

In an economic downturn, charities can face a double whammy.

In other words, our pattern of giving is out of sync with the pattern of need. Can anything be done to alter such a fundamental aspect of our philanthropy? A new study indicates that donor-advised funds, like those sponsored by Vanguard Charitable, may help address this problem.

How donor-advised funds can help

Grants from a donor-advised fund (DAF) are independent of the contributions into the account. As a result, DAF owners can contribute to their account when the economy is strong and recommend grants if the economy turns. Evidence suggests this is what happens:

“While other forms of charitable giving generally drop during economic downturns,” say H. Daniel Heist and Danielle Vance-McMullen, authors of Understanding Donor-Advised Funds: How Grants Flow During Recessions, “we find that grants from DAFs remain relatively stable in recession conditions.”

“Given these findings, donor-advised funds may be an important resource to the nonprofit economy in future recessions.”

Donor-advised funds help donors take a long view of their charitable giving. But as Heist and Vance-McMullen show, DAFs also provide flexibility. Donors to DAFs can respond nimbly to current events. If the economy enters a recession, a DAF owner is in a great position to recommend grants. The funds have already been earmarked for charity and can be sent out quickly.

"Donor-advised funds may be an important resource to the nonprofit economy in future recessions," a new study concludes.

In the same way, when natural disasters strike, DAF owners can spring into action. With their DAFs, they don’t have to plan or worry about where the funds will come from. (At Vanguard Charitable, we further expedite this process by offering a special disaster relief option on our online grant recommendation form. This facilitates the rapid disbursal of funds to help provide immediate aid.)

The economy is unpredictable. Giving doesn’t have to be

Donors with a Vanguard Charitable donor-advised fund can provide important stability to the nonprofit sector and help beloved charities ride out downturns. A DAF allows our donors to pursue their long-term charitable visions while preserving their ability to help out at a moment’s notice. 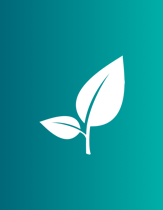 Request for user ID submitted
Your request was successfully submitted. Your user ID will be sent to the email address we have on file for you.
Please contact us if you do not receive your user ID.

An email has been sent to your email address.
Reset your password within the next half an hour.

The email has been resent. Please check your email.

Reset your password within the next half an hour

Login with your new User ID.

A technical error has occurred

In order to maintain information security, your log-in request was canceled or your previous session ended.
Don't worry. You can log back in at any time.

Login to update your phone number.

We are experiencing a technical error and we’re working on it. Please try again later.

Maintenance fee may be applied

Accounts having a balance below $25,000 may be subject to an annual maintenance fee of $250.

You are eligible for special rates

Our representatives are happy to guide you through.

No, take me back

Due to inactivity, you have been logged out and the session has been cancelled.
Please click ‘Okay’ and begin the registration process again.

Thank you for choosing Vanguard Charitable. To open an account, you'll need to have a few informational items nearby for the application process. Grab a pen, something to write on, and then click through the arrows below to get a quick overview of what's to come.
After scrolling through the slider, click the open an account button. The first step is to consent to terms and electronic delivery agreement. This step confirms you understand that all contributed assets are property of Vanguard Charitable, a 501(c)(3) nonprofit organization independent of Vanguard. Once the account is opened, it can only be accessed through this website or by a Vanguard Charitable representative.
When you reach the end of the open an account process, be sure to review your information, sign electronically, and print a copy for your records.

Before you start, scroll through the slider to get familiar with:

For individuals associated with this account, you will need:

You can choose from low-cost, high-quality investments, backed by Vanguard, that help grow contributions tax free:

The minimum grant amount is $500. Grants, given anonymously or with name recognition, can be recommended to eligible 501(c)(3) nonprofits in good standing with the IRS. Whether you recommend one-time grants or set up recurring grants, we take care of the due diligence to ensure you get the tax-deduction.

You will be asked to add account advisors and interested parties who can help you manage the account.
Now that you've completed the overview and grabbed the items you need, click the Open an Account button and get ready to experience the value in giving with the most convenient, cost effective, and impactful donor-advised fund.