What would you do with an unexpected inheritance?

Saving to give means investing charitable assets so that you can give more over time. The following scenario is a common one--it shows the power and simplicity of the save to give philosophy.

When her father, Art, passed away, Virginia was surprised to receive a modest inheritance—she hadn’t known him to be much of a saver. Virginia was grateful, but she didn’t feel she needed the money. She remembered that Art, a veteran himself, had always expressed a desire to help other veterans.

But something stopped her from giving the money to charity immediately. If her father had passed on the money to his children, maybe she should follow his example.

Already an advisor of a Vanguard Charitable donor-advised fund (DAF), Virginia realized that the giving tool offered the perfect solution: A DAF would allow her to use the $50,000 in a way that would honor Art and his service. And it would also allow her to pass this legacy on to future generations.

She opened a second account with us so that she could undertake a new giving project with the inheritance. Next, she created a succession plan so that her children would become advisors of the account in the future. Finally, she made a plan to grant out 5% of its assets to veterans’ charities each year. 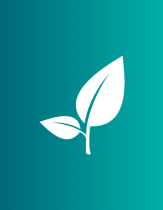 After 20 years, she had granted out nearly $50,000, but still maintained nearly $50,000 in the DAF.1 Her grants went to charities that help veterans return to school, navigate their benefits with the VA, and even attend major concerts and sporting events.

She was pleased to be able to pay forward the inheritance her father had left her. And she was thrilled that her children would have the chance to do the same.

*Actual average return is calculated as a time-weighted return annualized over a 20-year period.

Request for user ID submitted
Your request was successfully submitted. Your user ID will be sent to the email address we have on file for you.
Please contact us if you do not receive your user ID.

An email has been sent to your email address.
Reset your password within the next half an hour.

The email has been resent. Please check your email.

Reset your password within the next half an hour

Login with your new User ID.

A technical error has occurred

In order to maintain information security, your log-in request was canceled or your previous session ended.
Don't worry. You can log back in at any time.

Login to update your phone number.

We are experiencing a technical error and we’re working on it. Please try again later.

Maintenance fee may be applied

Accounts having a balance below $25,000 may be subject to an annual maintenance fee of $250.

You are eligible for special rates

Our representatives are happy to guide you through.

No, take me back

Due to inactivity, you have been logged out and the session has been cancelled.
Please click ‘Okay’ and begin the registration process again.

Thank you for choosing Vanguard Charitable. To open an account, you'll need to have a few informational items nearby for the application process. Grab a pen, something to write on, and then click through the arrows below to get a quick overview of what's to come.
After scrolling through the slider, click the open an account button. The first step is to consent to terms and electronic delivery agreement. This step confirms you understand that all contributed assets are property of Vanguard Charitable, a 501(c)(3) nonprofit organization independent of Vanguard. Once the account is opened, it can only be accessed through this website or by a Vanguard Charitable representative.
When you reach the end of the open an account process, be sure to review your information, sign electronically, and print a copy for your records.

Before you start, scroll through the slider to get familiar with:

For individuals associated with this account, you will need:

You can choose from low-cost, high-quality investments, backed by Vanguard, that help grow contributions tax free:

The minimum grant amount is $500. Grants, given anonymously or with name recognition, can be recommended to eligible 501(c)(3) nonprofits in good standing with the IRS. Whether you recommend one-time grants or set up recurring grants, we take care of the due diligence to ensure you get the tax-deduction.

You will be asked to add account advisors and interested parties who can help you manage the account.
Now that you've completed the overview and grabbed the items you need, click the Open an Account button and get ready to experience the value in giving with the most convenient, cost effective, and impactful donor-advised fund.